Zapped! A Project about RFID Technology (2005)

Zapped! was a multi-part installation that addressed the mass implementation of Radio Frequency Identification (RFID) and its contribution to the growing field of technology-enhanced surveillance practices.
The piece included:
1) Zapped! video: an informational video that contextualizes the development and use of RFID in industry, law enforcement, and education
2) Zapped! RFID School Kit with workbook, RFID keychain detector, customizable RFID tags, and buttons.
3) Roach Release station: cockroaches with
re-programmed RFID tags are available for mass deployment to jam (confuse) prospective databases.
4) Educational workshops in which participants modify an existing electronic keychain so that it emits an alarm sound
when an RFID reader is detected.

My main contribution to the project was the production of the Zapped! video (11 min.). 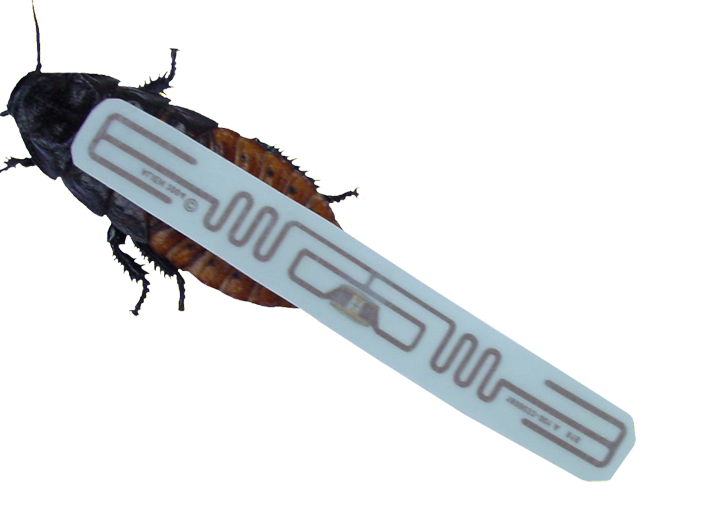 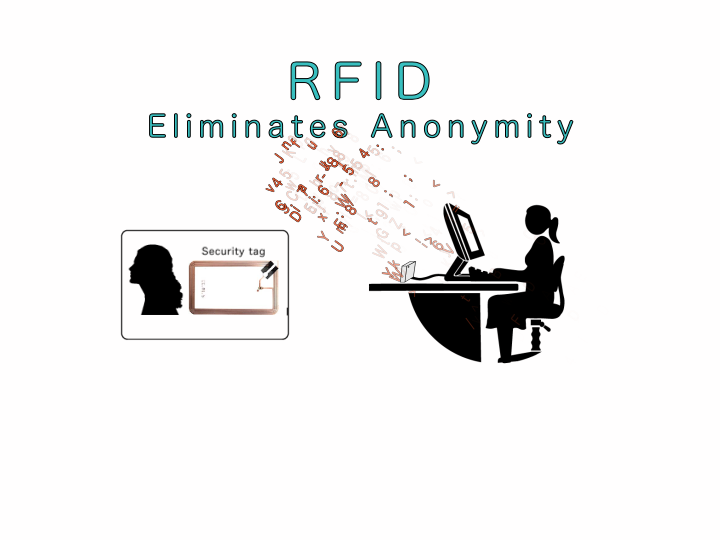 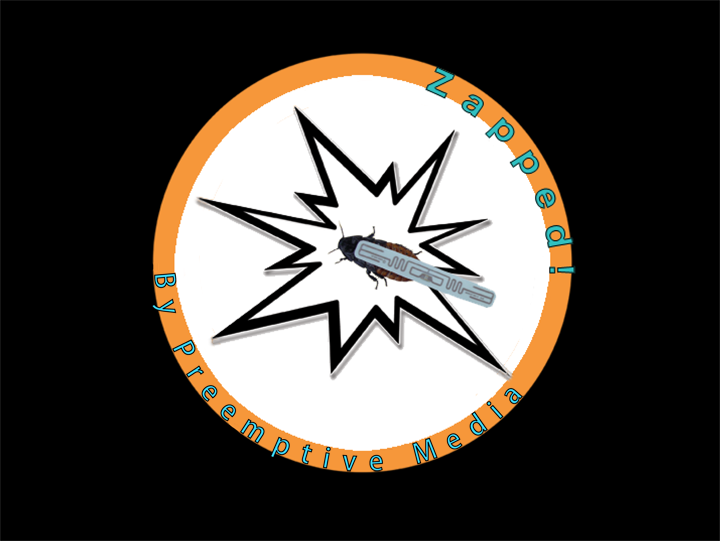 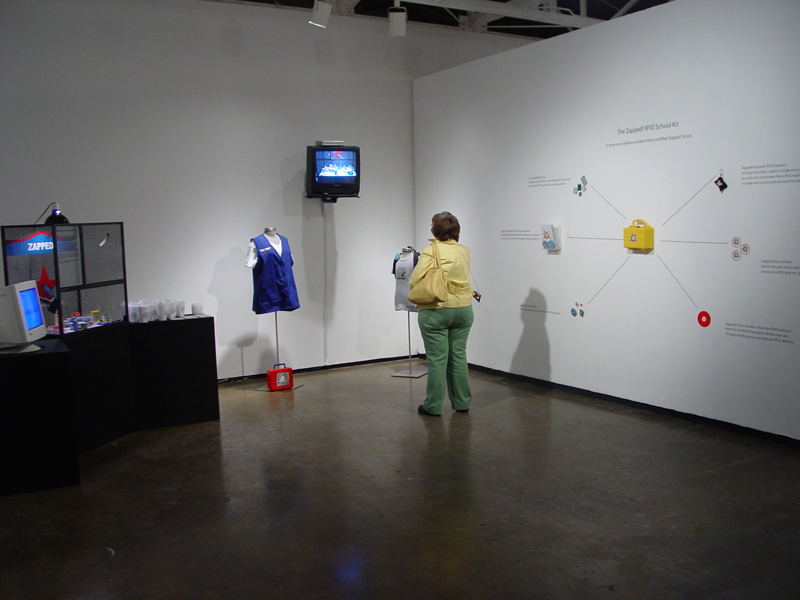 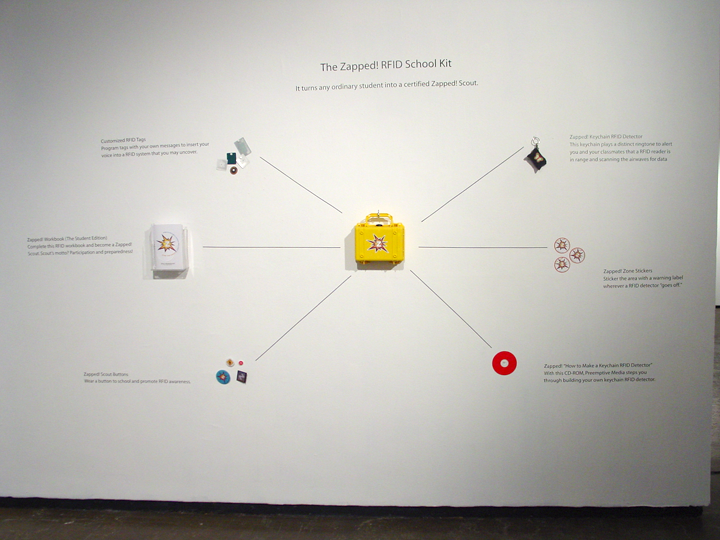 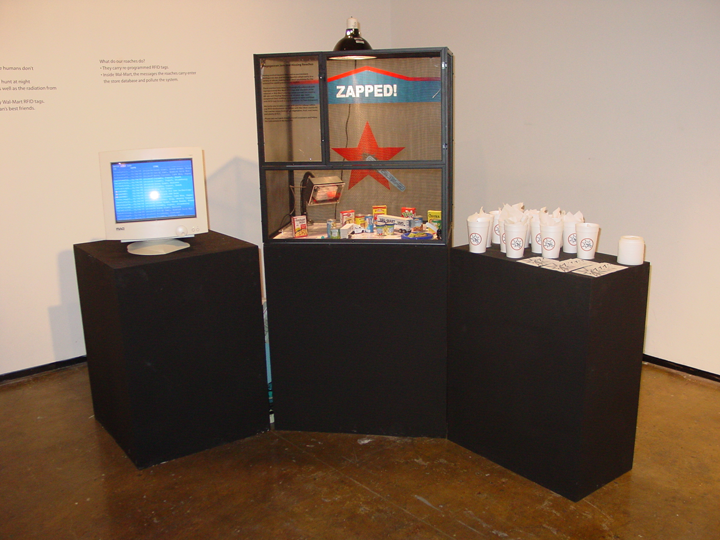 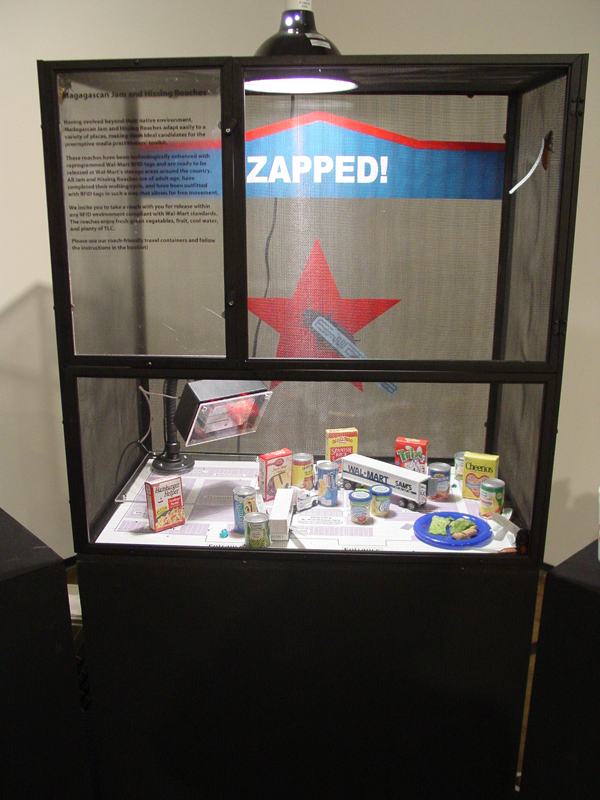 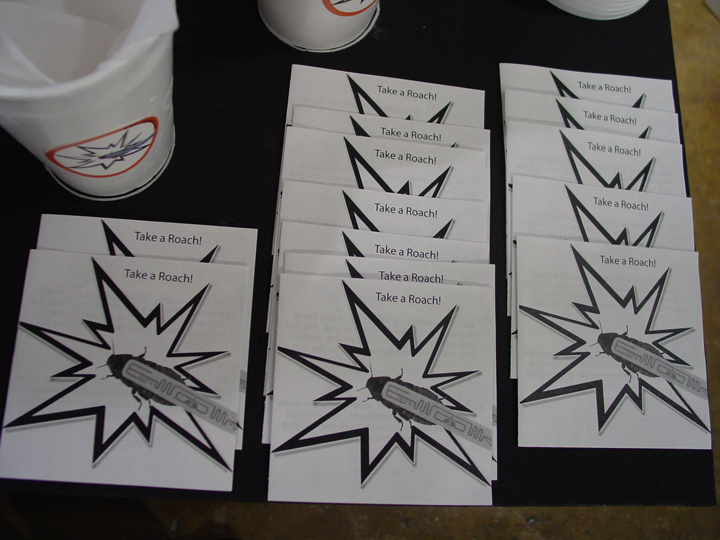 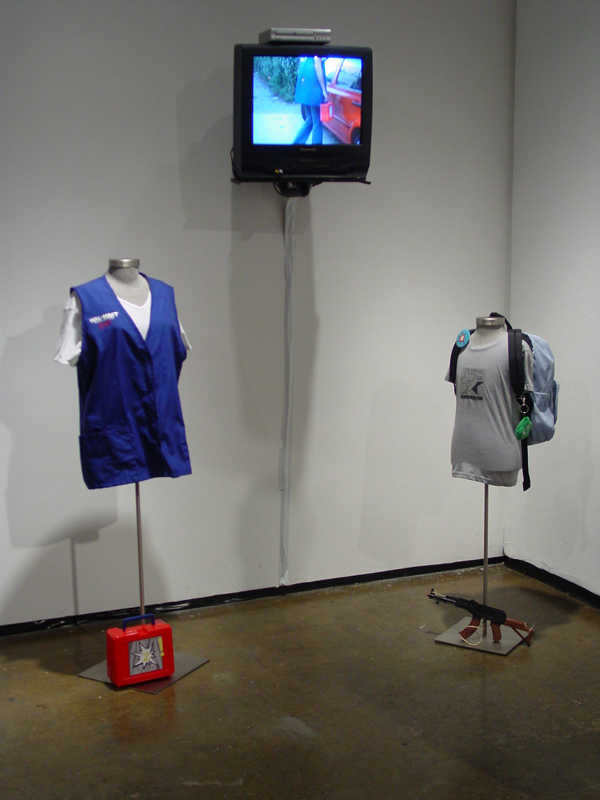 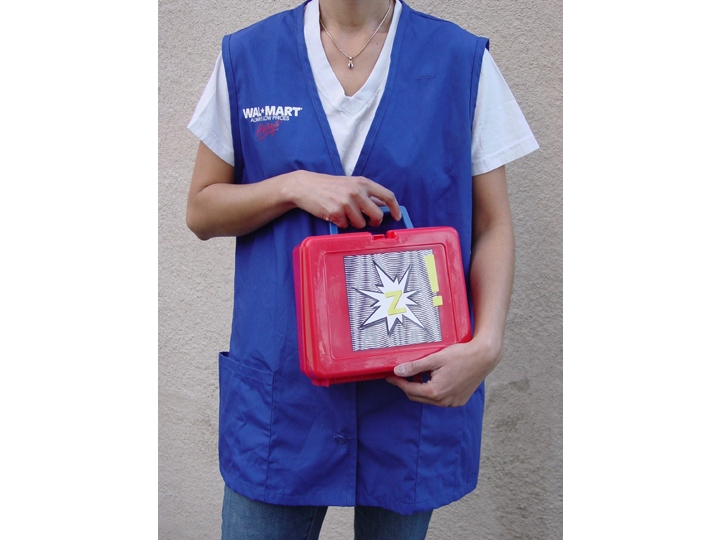 Radio Frequency Identification (RFID) is an automatic identification method that relies on storing and remotely retrieving data using devices called RFID tags. An RFID tag contains a tiny silicon chip and an antenna and can be attached to, or incorporated into, a product, animal, or person. The tag is encoded with unique idenitifying information such as names, dates, or biometric data like fingerprints or photographs). This information is accessed when an RFID reader scans the tag with radio frequency (RF) waves. For example, many people use RFID tags to pay highway and bridge tolls; the “EZ Pass” device mounted on a car’s windshield is scanned and the system automatically deducts the amount from the driver’s account. It also keeps track of the time, date, location, and name associated with the transaction. Zapped! is an effort to learn about and respond to the tags used by industry for product tracking, used by the government for border control, used by schools for attendance-taking and by public libraries for automatic checkout.

Initially used in WWII for the identification of planes, RFID tags are currently being used to track objects, animals and humans. Touted as the ideal tool for surveillance and control of parolees, children, and the elderly (bracelets with RFID tags), RFID is also embraced by corporations such as WalMart and the Department of Defense to automate product tracking. For most commercial suppliers, the goal is to replace bar codes with RFID tags in the next decade. With an increased number of consumer goods embedded with RFID tags, privacy advocates are concerned that consumers wearing or carrying these devices could be tracked in retail environments or public spaces.

In 2005, WalMart required all of its top manufacturers to incorporate RFID tags into their products. Since WalMart is the world’s largest retailer, this mandate ultimately dictated the standardization and use of RFID throughout the world without any public discussion or debate. Preemptive Media sought to increase public awareness of WalMart’s all encompassing control of an information database through our “Zapped Roaches” and our Roach Release Station. The Zapped Cockroaches have a WalMart-standard RFID tag glued to their backs. This tag has been programmed with a message meant to confuse the RFID scanners and databases at WalMart. Viewers were encouraged to take a roach with them and release it into a WalMart storage room.

With so many important changes occurring out of the consumer’s sight, one of the primary goals of the project was to educate the public about the imminent arrival of RFID into everyday life. Zapped! encouraged viewers to contribute to an informed public debate about these new technologies.