From 1991-99, I created “cinema machines” for intimate installations. In each tableau, a sabotaged household object is fitted with a zoetrope-like projecting mechanism and a set of photographic transparencies. Each hybridized projector fuses nineteenth century film technology and everyday objects to present a short repeated loop of a simple gesture. The machines, like people, are situated in seemingly normal settings: at opposite ends of a table, next to one another, singing a song, in front of and on stage as spectator and performer, on either side of a desk “conducting” business. Carefully crafted from toy-like items or functional objects, each projector and its corresponding imagery offers a technically simple spectacle for the viewer. By exposing the physical apparatus that drives the bodies into action, I draw a parallel between this machinery and the mechanisms of our unconscious: defense mechanisms, sex drives, thinking patterns, self-control, dreams, lines of reasoning, impulses, natural instincts.

CHILDHOOD
In many of the works, childhood is the site where one acquires knowledge about discipline and power. Some of the pieces suggest an exchange between a parent and child, or teacher and student as a means of representing larger issues of psychological conditioning and behavior control.

PERFORMING THE EVERYDAY
Many of the pieces appear in ordinary spaces such as domestic settings or within the context of recognizable household objects.

MECHANICAL CONVERSATIONS
In several of the pieces, pairs of cinema machines interact with one another, conversing through gestures or words as their images overlap and duel with one another on the projected surface. 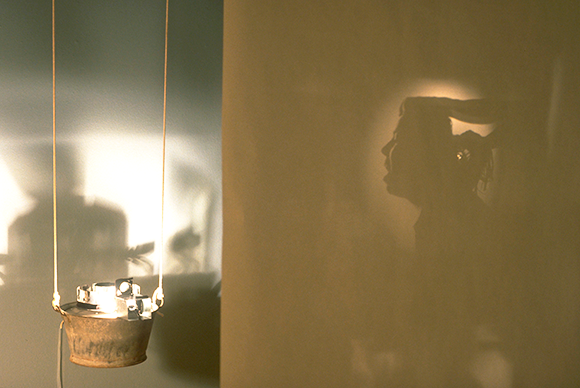 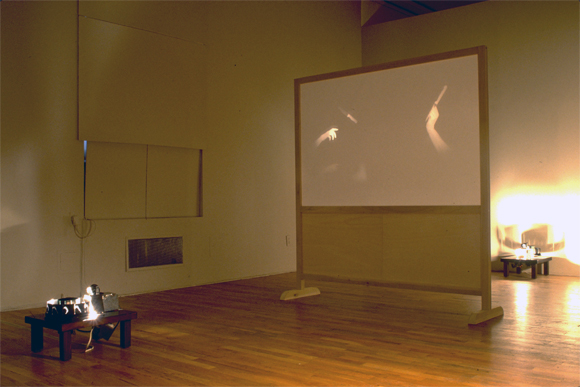 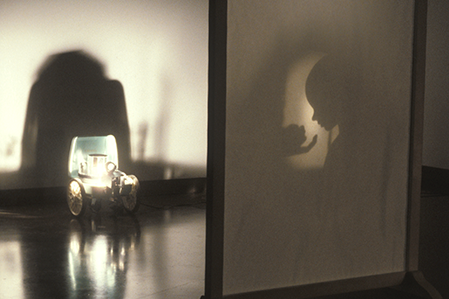 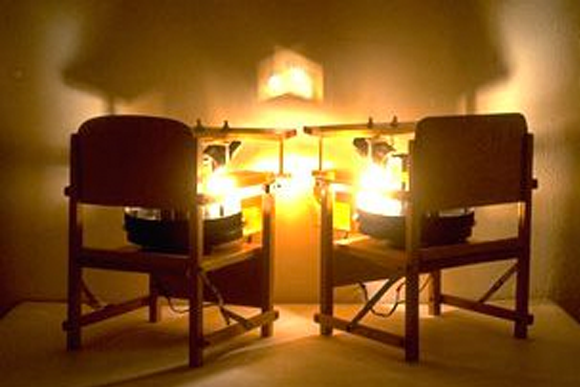 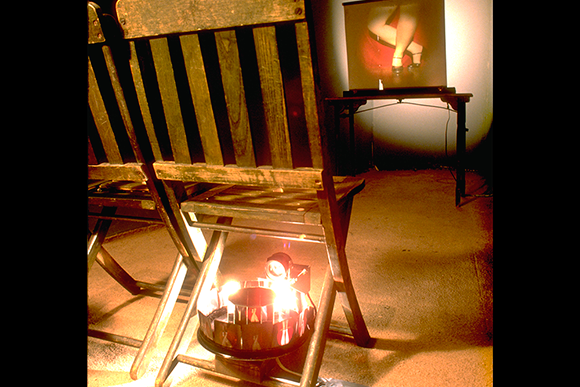 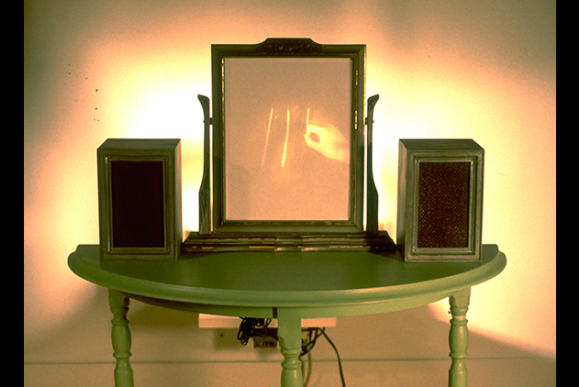 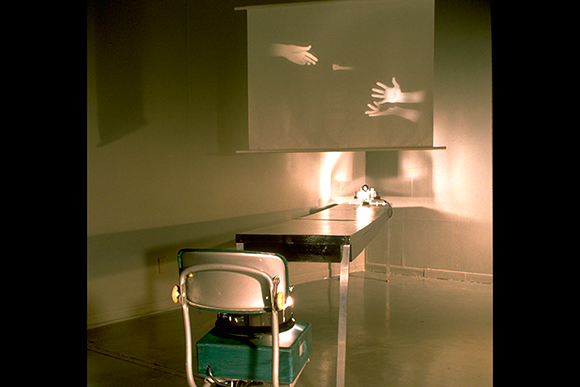 Offerings: A Division of Labor Gallery 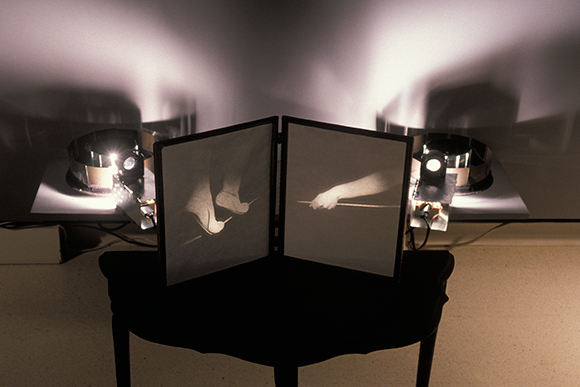 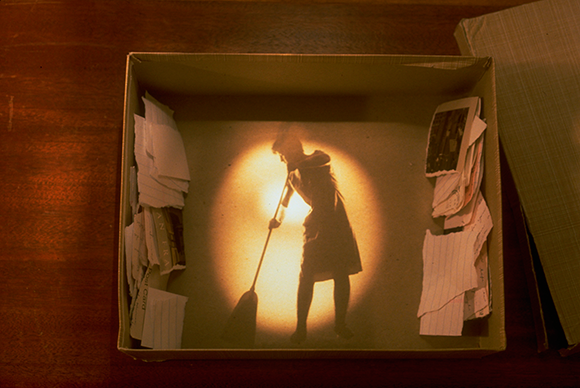 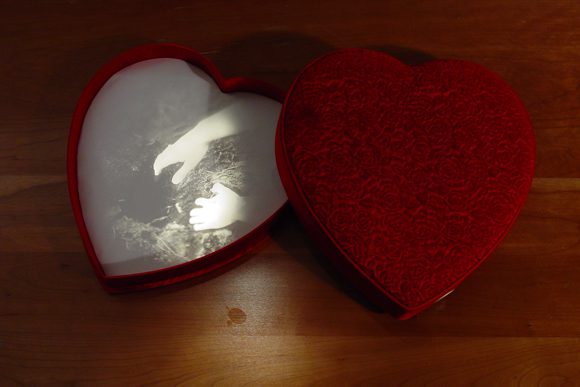 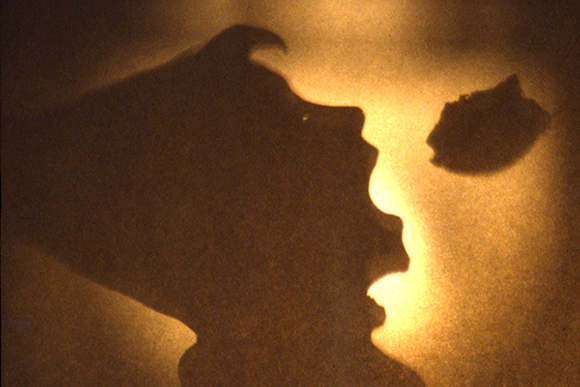 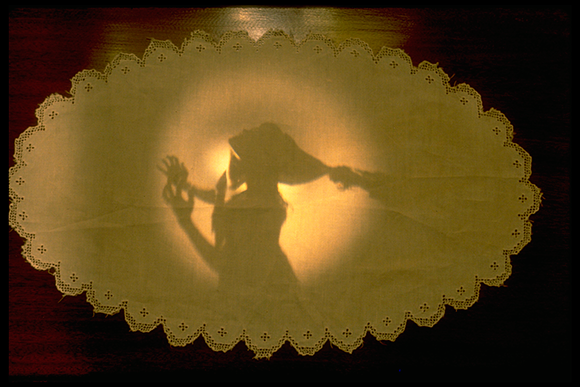 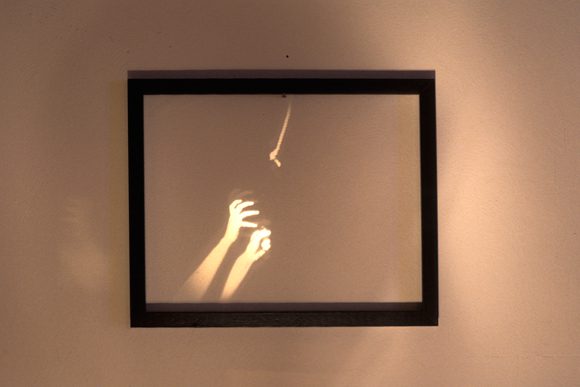 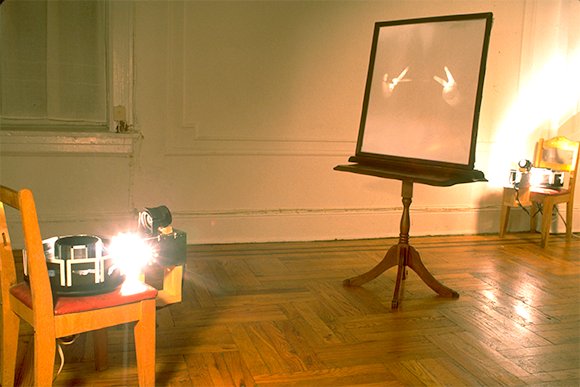 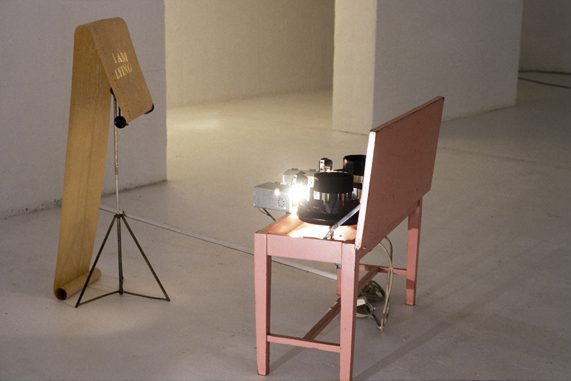 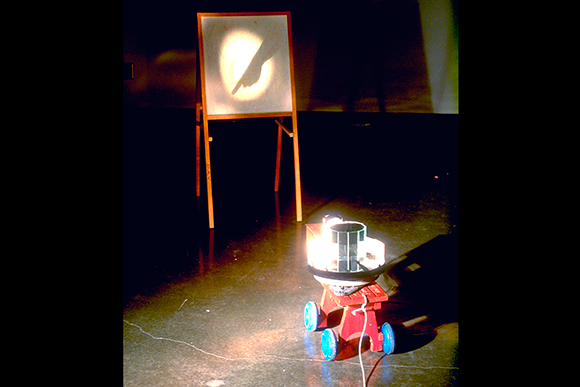 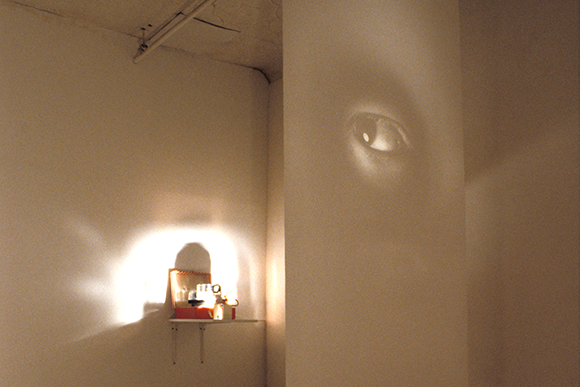