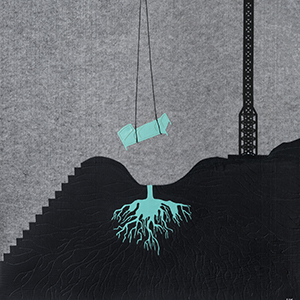 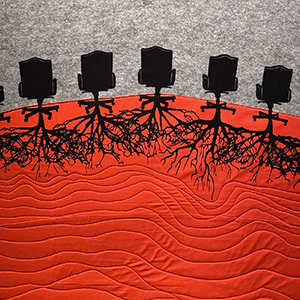 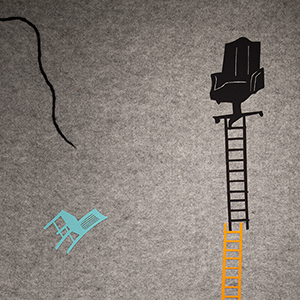 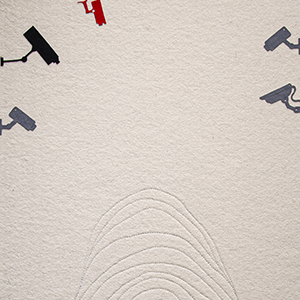 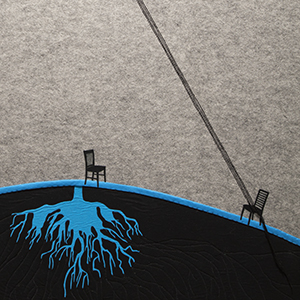 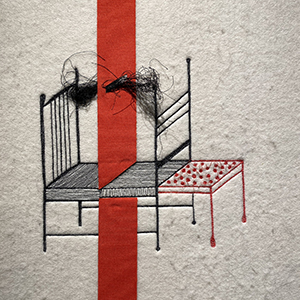 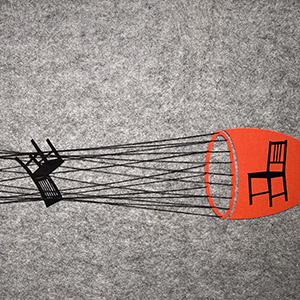 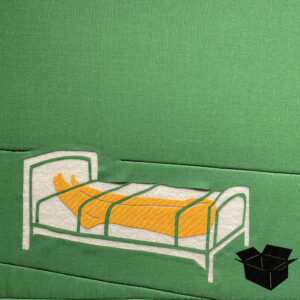 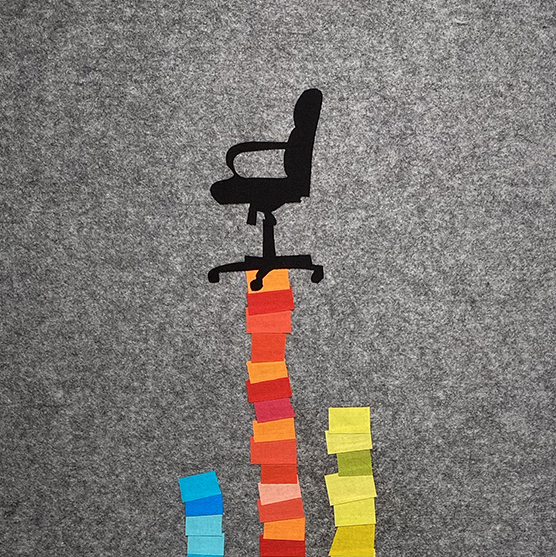 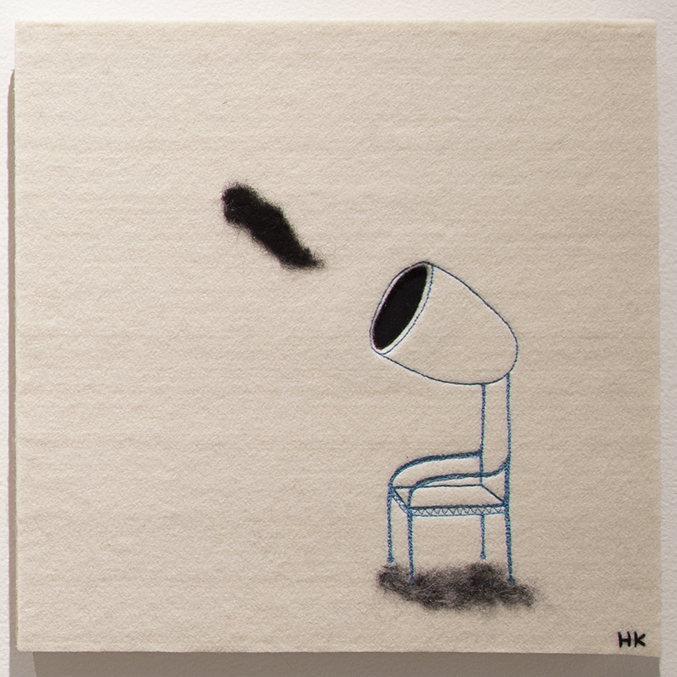 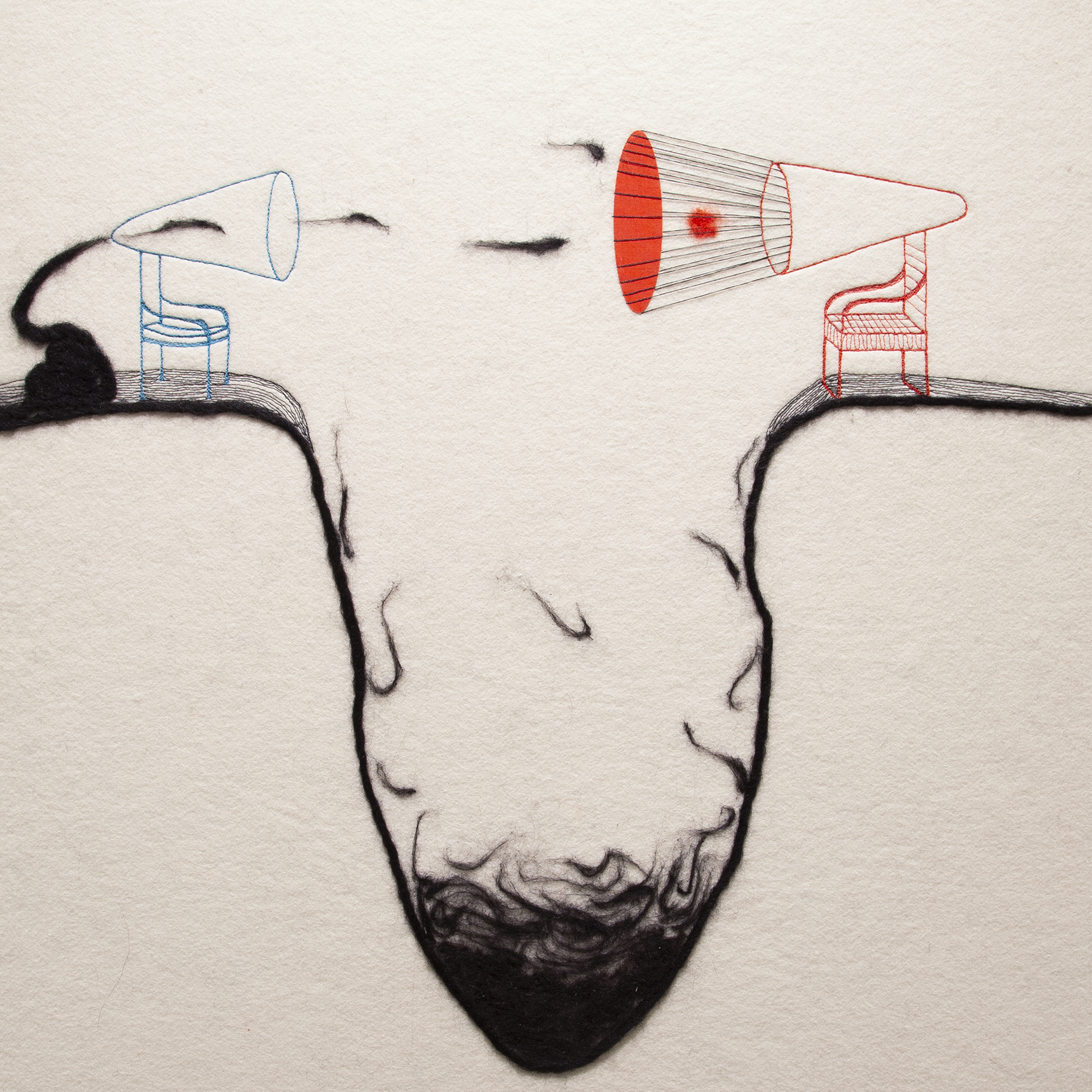 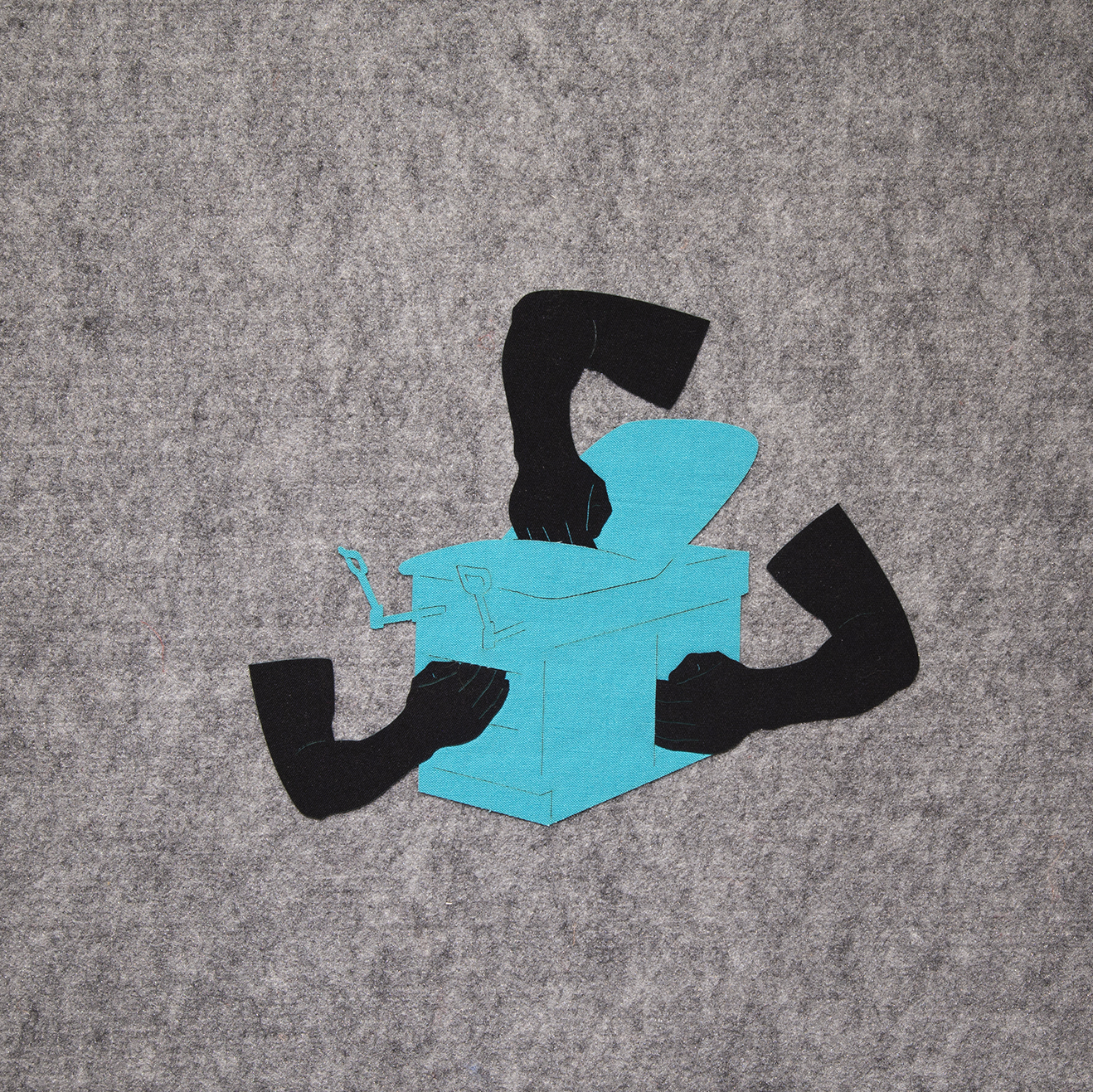 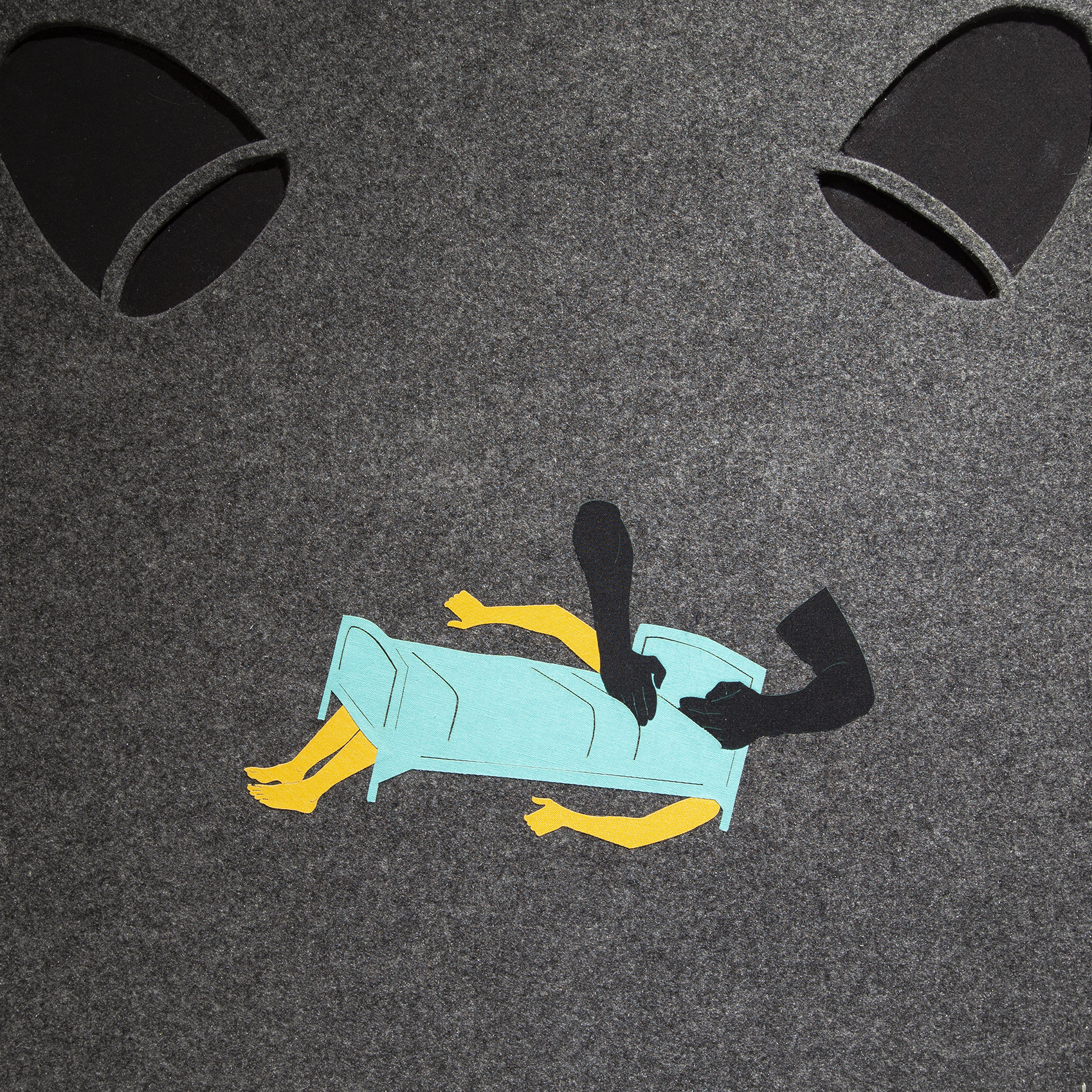 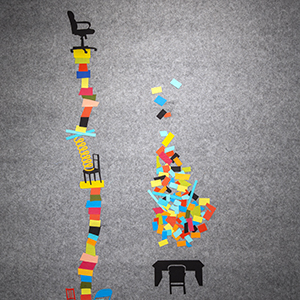 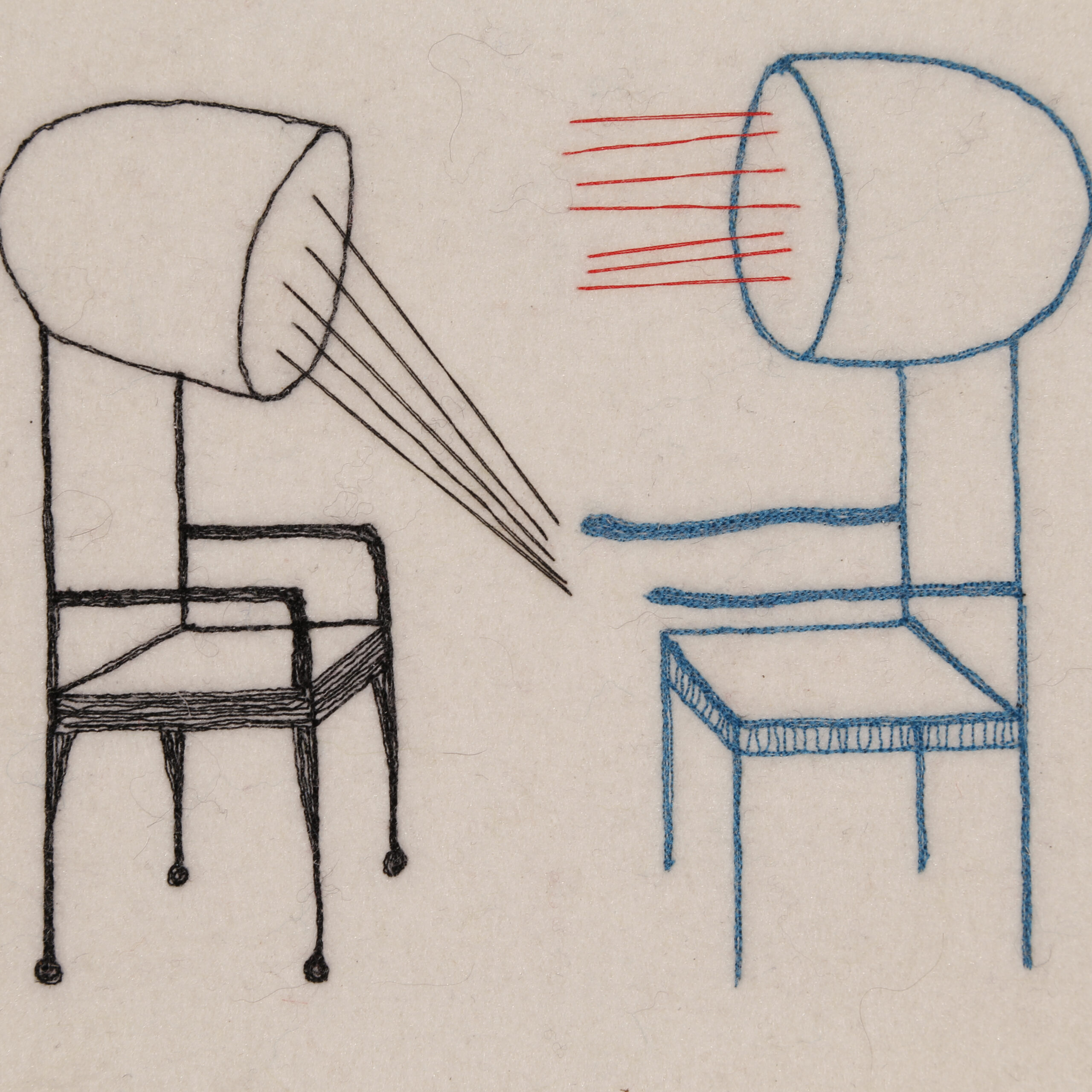 Using fabric cutouts and machine and hand stitching on industrial felt, Kumao gives physical form to the intangible dynamics underlying ordinary conversations and relationships from a feminist perspective.  Intentionally minimal, each image distills an interaction, traumatic incident, or power imbalance into an accessible visual narrative. Recognizable objects such as chairs, roots, ladders, or spotlights set the stage for the story to unfold.  Events are captured midstream, suspended in time like a felt film still.

The exhibition is inspired, in part, by the courage, testimony, and experiences of women (like Christine Blasey Ford) who publicly report assault, harassment, or misconduct.  The #MeToo movement gave voice to thousands of women to tell their personal stories, but also exposed a hostile backlash meant to silence them.  The title, “Real and Imagined,” is a deliberate contradiction; if one is true, the other must not be.  In practice, however, both terms are used to reference a woman’s testimony and determine how it is publicly interpreted.  Her account is accepted as truthful by many and simultaneously dismissed as imaginary by the court of public opinion: “her memory is wrong,” “she imagined it.”

The works in “Real and Imagined: Animating the Spaces Between Us” make difficult conversations and relationships tangible by stripping them down to their essentials.  Wordless physical gestures highlight the psychological and emotional forces at play behind even the smallest of interactions.