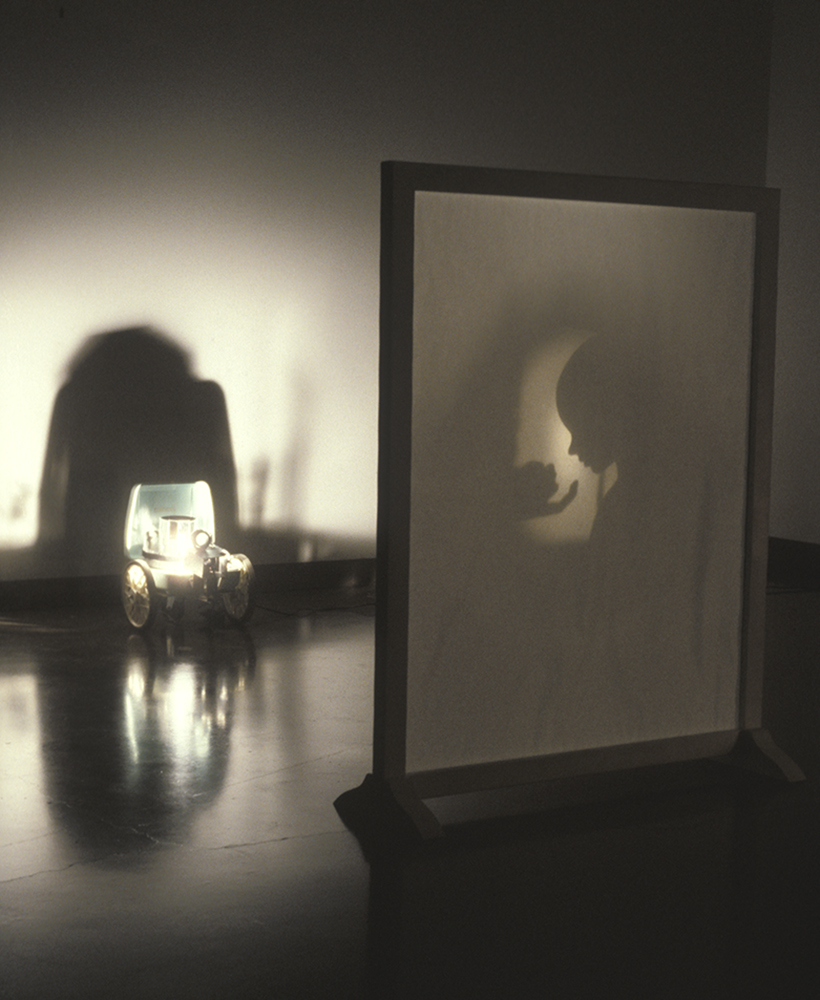 A portable record player sits on a steel frame on wheels. Images are mounted on a record which plays on the turntable. With its voice of images, this perambulator-like device presents a silhouetted sequence of a child who is beckoned, touched, shushed, then rewarded, repeatedly. Mimicking the cycle of domestic violence which often remains private because silence is rewarded, this child and its lived drama play out on the space of a shoji screen.