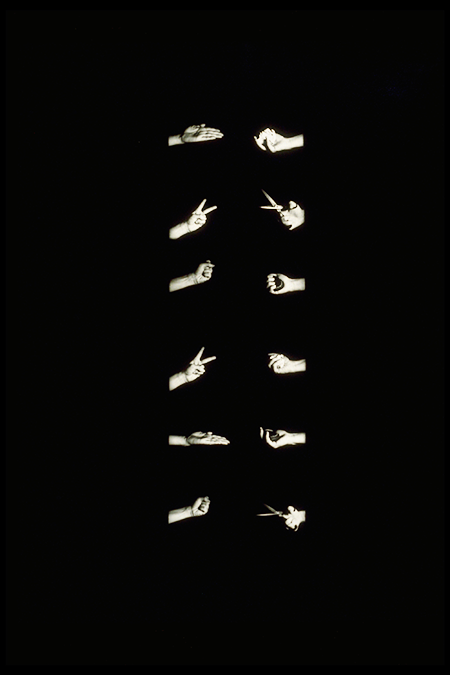 Two cinema machines sit on opposite sides of a picture frame on a table. Like mirror images of each other, the two machines echo each other’s actions, projecting similar gestures to one another, but with a slight twist.

While both hands play the game “Rock, Paper, Scissors,” they are not equal: one plays with the real objects, while the other plays using his/her hands.